You may have heard in the news that Federal Reserve has raised interest rates, which sounds ominous…but what does that mean when it comes to mortgage rates? Here’s a quick, very basic overview of what you need to know about mortgage rates if you are thinking about building a custom home in Des Moines or the surrounding area.

This article belongs to the Construction Process Series

What is the Federal Reserve and how does it affect mortgage rates?

The Federal Reserve System (or “Fed”) is the central bank of the United States. It was created by Congress in order to provide the nation with a safer, more flexible, and more stable monetary and financial system. A subcommittee of the Federal Reserve, the Federal Open Market Committee (FOMC), meets at least eight times a year to analyze the state of the economy and set the Federal Funds Rate (FFR)—the rate at which banks lend money to each other. Based on the FFR, Wall Street determines the “prime rate,” i.e, the rate at which banks loan money to customers via credit cards, home equity loans, etc. U.S. mortgage rates aren't set or established by the Fed; mortgage rates are actually determined by the price of mortgage-backed securities (MBS), a security sold via Wall Street.

Just because the Fed doesn’t actually set rates, however, doesn’t mean that it doesn’t have an impact on mortgage rates. The FOMC issues public press releases outlining its economic opinions and consensus after each meeting. When the tone of the release is generally positive for the U.S. economy, mortgage rates tend to rise. Conversely, when the Fed is generally negative with its outlook, mortgage rates tend to fall. This is because in times of economic struggle, it makes more sense to encourage people to borrow (and spend) money to stimulate the economy. Historically speaking, home loan rates do rise in reaction to a rise in short-term rates—sometimes even in anticipation of a rate hike. Lately, the Fed has shown a mix of positive and negative sentiment. It recently raised the FFR, and many sources expect it to continue to rise. If consumer mortgage rates rise along with it, the cost of borrowing money to buy a home—a mortgage—will get more expensive.

How will a rise in mortgage rates affect the cost of a home?

Your “mortgage rate” is the amount of interest you pay your lender over the course of the time it takes to pay back the money you’ve borrowed. Typically, mortgage interest is compound interest; that is, it is calculated on both the initial principal and the accumulated interest of previous periods of a deposit or loan. Over the course of a traditional 30-year or 15-year fixed-rate mortgage, a higher interest rate means that you will pay much more interest (and thus much more in total) over the life of the loan. For illustration, compare the monthly payments and total cost for a $300,000 30-year mortgage at fixed rates ranging from 4.0% to 8.5% interest.

Although interest rates on mortgage loans have risen slightly, they are still near historic lows. In October 1981, the national average for a 30-year fixed-rate mortgage peaked at 18.45%! In 2012, mortgage rates hit an all-time low of 3.35%. Since then, they have fluctuated slightly but have generally maintained a slow increase.

Across the US, as of December 20, 2016, the average 30-year fixed mortgage rate was 4.17%, up 15 basis points over the previous seven days. A month earlier, the average rate on a 30-year fixed mortgage was lower, at 3.51%. The Federal Reserve has promised a gradual increase in the short-term interest rate, which likely will result in commensurate slow rate increases for home loans.

If you’re moving to the Des Moines metro area, Homes by Brill can help you find the perfect community for you, find land, and design a custom home especially for your family. Des Moines is surrounded by popular suburbs including Johnston, Waukee, Ankeny, Altoona, and Urbandale, all of which offer close-knit residential communities, excellent school systems, and easy access to the city center. Contact us today to learn more about how we can help you get started! 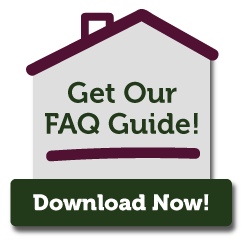 It's more than just building homes for us. It's about building lifelong relationships. The kind of relationships that enable us to provide our clients with the most trustworthy, experienced and proven team that the Des Moines area has to offer.

Send Us a Message